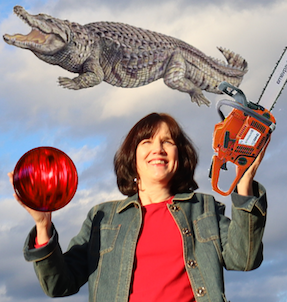 Becky has been producing, directing, and editing for over 25 years and is known for her amazing ability to juggle bowling balls, alligators and chainsaws and keep things running smoothly.

She began her career as an assistant editor working for top commercial editor Steve Ho. She then moved into directing as well as editing as the senior director and editor for Pacific Video Image where she produced, directed, and edited many TV commercials and corporate videos including an Addy award winning video for the LA Cathedral with Cardinal Mahony.

With her extensive background in editing, she developed a smart and effective approach to scene coverage and delivery of a seamless storyline.

These skills served her well as she co-produced and directed the feature film thriller, Shattered Illusions, featuring Morgan Fairchild and Bruce Weitz.

She holds an MFA in production from the USC School of Cinematic Arts.